The Comedic True Story of the Worst Singer in the World.

Everyone agreed that she couldn’t carry a tune – except Florence Foster Jenkins, as recently depicted in the Hollywood movie by Meryl Streep. She had no idea her operatic talent was an illusion. Throughout her life, the blissfully ignorant soprano never stopped bringing great pleasure to her adoring audiences. Discover why thousands clamoured to hear her at charity recitals, extravagant balls, bizarre recording sessions, and the ultimate triumph at Carnegie Hall.

Glorious premiered on London’s West End in 2005, winning a Laurence Olivier Award nomination for Best New Comedy. This hilarious true story has now played on stages in over 40 countries and 27 languages!

Fearless, fading diva Florence Foster Jenkins was more bubbly and endearing than talented, but she enjoyed astronomical success. During World War II, the amateur singer and flamboyant socialite was the squeaky soprano du jour, singing her way into the hearts of New York society. Among her admirers were composer Cole Porter, operatic tenor Enrico Caruso, and English conductor Sir Thomas Beecham. But she was a terrible singer!

Known as ‘the first lady of the sliding scale’, Jenkins’ vocal skills may have left somewhat to be desired, but she was uniquely gifted; it’s impossible not to be moved by her capacity to hear beauty and perfection where others heard only a cringe-worthy bray. Her charm lies somewhere between Norma Desmond and Lucille Ball.

Jenkins was surrounded by her devoted friends, who were almost as eccentric as she was. When she presented a series of concerts, they loudly cheered, drowning out the laughter of those who didn’t appreciate her enthusiastic joyful noise. The tempo and rhythms of the play’s action lend themselves to the hilarity of the jokes and the dialogue’s linguistic confusion.

Shakespeare once wrote: “if this were played upon a stage now, I could condemn it as an improbable fiction”, and he could well have been describing the larger-than-life existence of Florence Foster Jenkins.

There’s something immensely satisfying about watching someone dare to dream big, then actually follow through and achieve those lofty ambitions. And no one could dream
bigger than Florence.

And while some may have laughed at her, I find it hard to do so. Her passion was not coming from a place of ego or self-aggrandizement, but from a place of love. She was driven by her love of music and by a need to share that music in order to help make the world a better place. And given the state of the world right now, I think we could all benefit from being caught up in the joy that she brought to so many.

The Comedic True Story of the Worst Singer in the World. Everyone agreed that she couldn’t carry a tune – except Florence Foster Jenkins, as recently depicted in the Hollywood movie by Meryl Streep. She had no idea her operatic talent was an illusion. Throughout her life, the blissfully ignorant soprano never stopped bringing great 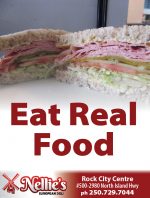 What Is Store Offer?

When deal is marked as store offer by its creator, then price you see is price for voucher, once you purchase it you can go to store and redeem your discount.

Why Sales Are Required?

This type of deal requires minumum number of sales defined by the deal vendor during the deal submission. Once the number of purchases becomes equal or higher than the defined minimum number of sales, deal is activated and you will receive voucher to reedem your discount.

If deal did not acquired defined minimum number of sales and it is expired or deleted, you will receive full refund.